Besides the Benesse Art Site, there are many not-to-miss outdoor and architectural works around Miyanoura Port and the Honmura district, where the Art House Project is located. Some are only available during the Setouchi Triennale festival, so don’t miss the opportunities if you are visiting during that time.

The huge red pumpkin is one of the first things that welcomes visitors as the ferry approaches the port. Kusama once explained that it is “the red light of the sun she went to seek to the end of the universe, which transformed itself into a red pumpkin in the sea near Naoshima.” This is currently the largest of all Kusama’s pumpkins in the world. Colorful lights flash on the floor inside and you can look out from inside through several holes made in the body of the pumpkin. 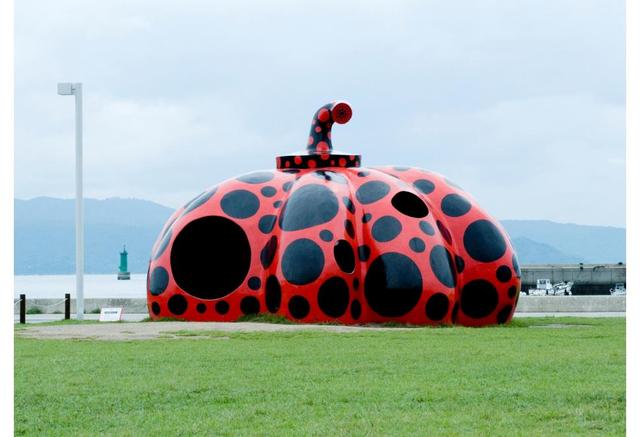 This geometric structure was installed as one of the new exhibits for Setouchi Triennale 2016 on the southern side of Miyanoura Port. Based on the concept of “the 28th island” to Naoshima’s existing 27 small islets, the work is complexly structured, utilizing approximately 250 pieces of stainless steel net to represent an island that floats above the sea’s surface as a mirage. As with Kusama’s Pumpkin, it is possible to enter the work, and the pavilion is lit up each evening to present another aspect to this installation. 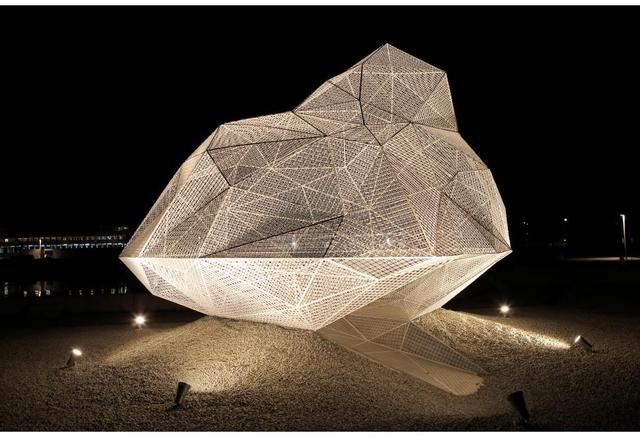 Naoshima Bath "I♥Yu" is an art facility in which you can actually take a bath. The inside is of course decorated elaborately, but the exterior is equally unique, full of exquisite objects overcrowding the building. There is a pine bonsai tree on the roof and the signboard, tiles on the outer walls and pillars of the facility all represent the attention to detail paid by the artist. It is worth visiting even to merely see from the outside if you don’t intend to bathe. If you didn’t bring your own towels or soap, an Ofuro set or towels are available at the site. They also sell original design T-shirts and merchandise while you’re at it. 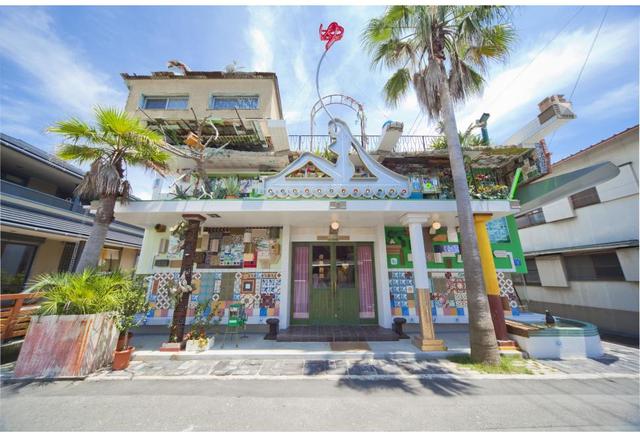 This blue piece situated on the green turf is an artwork inspired by the movement of the puppets of Naoshima Onna Bunraku, the traditional puppet theater of Naoshima. It radiates colorful lights in the evening, displaying a completely different expression to that in the daytime. Naoshima Onna (women’s) Bunraku: Traditional puppet play in Naoshima-cho, a demesne ruled directly by the Tokugawa shogunate, or Tokugawa bakufu, during the Edo-period. 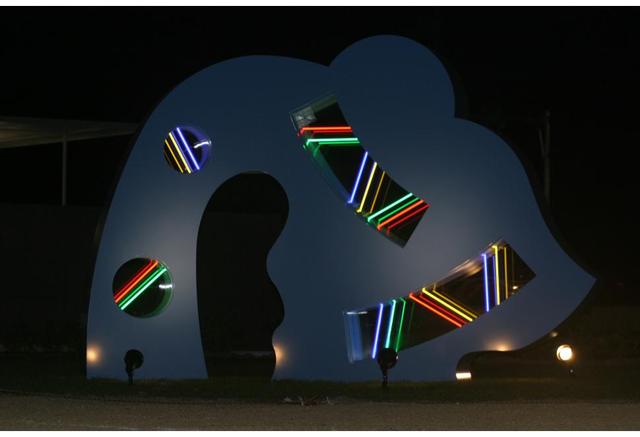 The ferry terminal at Miyanoura Port is a one-story architectural work, in which many thin white columns support a huge roof. Within its delicate and sharp structure, it contains parking spaces for vehicles getting on and off the ferries, a bus terminal, a tourist information office, cafés and a hall, as well as chairs designed by SANAA. 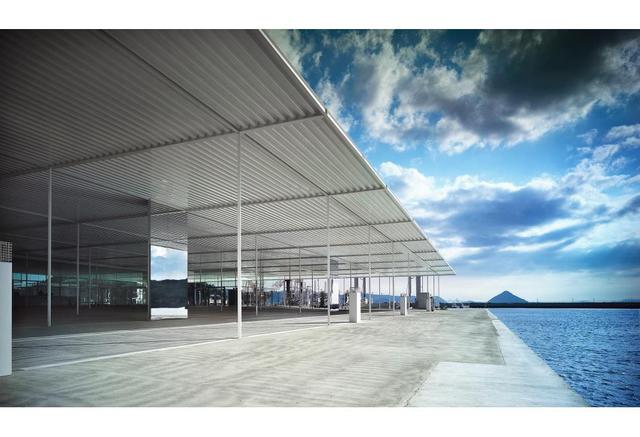 The Honmura area, where the Art House Project is located, has no particular outdoor artworks, but some artistic efforts by the residents are underway and you will come across a number of artistic artifacts while walking around the town. Additionally, many of the “Naoshima Architectures” are located in this area:

This complex was designed by architect Kazuhiro Ishii. The interior is not open to the public, but the peculiar sight of the white fortress-like buildings and the schoolyard with walking statues can be seen from the busway.

Another building designed by Kazuhiro Ishii, inspired by “Hiunkaku”, a marvelous work of architecture from the Asuka era.

A new work of architecture, built in the traditional Japanese style with a grand hip-and-gable roof (irimoya-zukuri) made of cypress (hinoki), mortar ceiling and clay walls. It utilizes natural energy, drawing fresh air and natural light from the opening of the ceiling. Before its construction, Sambuichi repeatedly visited Honmura over two and a half years to survey the wind, water and sunlight in the surrounding area. Thus, it reflects the way of life in Honmura, conducted in harmony with nature. It contains a stage and viewing stands for the traditional puppet show “Naoshima Onna Bunraku”. 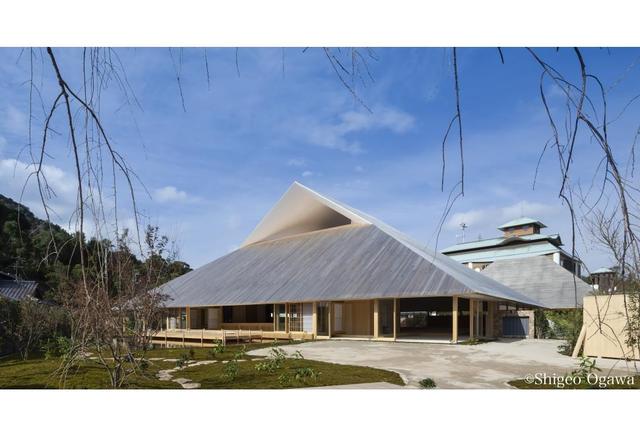