NAOSHIMA: EXPLORE THE ART HOUSE PROJECT IN A WALKING TOUR via benesse-artsite.jp
The House Project was started in 1997 as an art project that goes out into the town. In the eastern part of the Naoshima area is an old quarter that has been inhabited for more than 300 years. This area has a unique atmosphere, and is lined with houses whose outer walls are made from burned cedar boards, but in recent years more and more houses have been abandoned as a result of depopulation. The House Project is an adventurous attempt to revive the area by combining contemporary art with abandoned houses. Artists stayed in Naoshima to create their works by learning about the history of the houses and the people who used to live there.

This building, designed by the architect Ryue Nishizawa, used to be a supermarket of an agricultural cooperative. It is not only an art space but visitors can also buy drinks and snacks like rice balls and rest on the sofa, making it an ideal space for a rest. It also serves as an information center for the House Project, selling House tickets as well as related books and merchandise. Kadoya is the first work of the House Project. The over 200-year-old house, once abandoned, was restored to its original form using roof tiles, mortar and burned cedar boards. In it, three pieces by Tatsuo Miyajima are exhibited. One of the exhibits, “Sea of Time ‘ 98”, was made by bringing the concept of the sea inside the house, so it features a large swimming pool filled with water and a number of floating LED lights that tell the time. The times of each LED were determined by the residents of the town, which makes it a resident-participation type of installation. 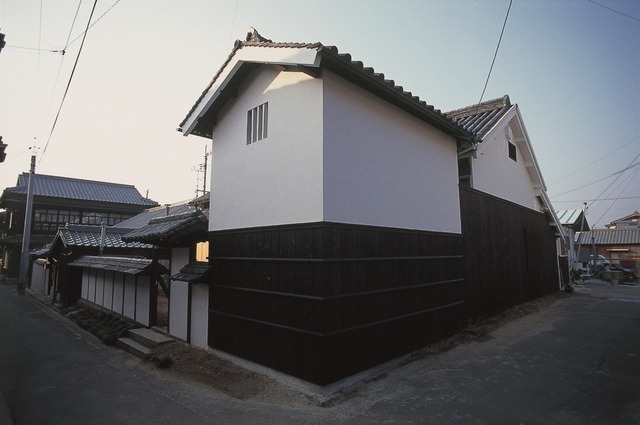 Minamidera consists of a building designed by Tadao Ando and works by James Turrel, exhibited in the building that is on the location of a previously existing Buddhist temple. The building is a wooden house that is made using burned cedar board, which is a rarely used material in Ando’ s architecture. Turrel’ s installation art piece, entitled “Backside of the Moon”
, is that visitors experience the light. You will be surprised how the physical senses change with the experience. A limited number of people can enter the installation at any one time, and you may need to wait for a certain time, so it is recommended to take a numbered ticket as early as possible. The Go'o Shrine has been worshiped as the site of a local tutelary deity (Ujigami), but the aged building had deteriorated and is badly in needof renovation. The photographer Hiroshi Sugimoto renovated it by referring to the Ise Jingu Shrine, considering the primitive form of Japan’ s Shintoism. Underneath the main shrine building is a stone chamber of the ancient Kofun period, connected by glass stairs to the main shrine building. This is an art work, but it is still worshiped by the local people and rituals are held there. It is an art piece living in their everyday lives. Formerly the home of the Ishibashi family, who made a fortune by making salt from the late Edo period to the Meiji Era, it was actually used until 2001. Therefore, the renovation work centered on handing down the history and culture of Naoshima, and it took Hiroshi Sennu, a Japanese-style painter, five years to complete. “The Falls,” the 15m painting on the wall of the storehouse, makes it seem like water is falling on that very wall, and in the main building there is “The Garden of Kū”, which includes 14 Fusuma (slide door) paintings. There is only a stone in the garden, on which you can actually sit and observe the works inside the house. his small house is newly constructed on an empty lot. The site used to be where the residents gathered and enjoyed Go games, from which the name “Gokaisho” was derived. The whole house is an art piece created by Yoshihiro Suda, a renowned sculptor praised for delicate wood carving, who got inspiration for this structure from a former house of Rangakusha (Edo-period Japanese scholars who studied Western sciences in Dutch languages) in the Kagawa prefecture. The pillars of the house were made thinner and the tatamis were made larger than usual houses, to produce the optical illusion that someone is actually living in this space. Inside the house, a wood carving entitled “A Camellia (tsubaki)”, made from magnolia wood, is exhibited as if it was a fallen camellia flower, and a real five-colored camellia tree is planted in the garden, which creates an impressive contrast. “Haisha” means ‘ dentist’ in Japanese. As the name suggests, this house used to belong to a dentist and it was restored by the artist Shinro Otake. Calling it “Dreaming Tongue, Bokkon-Nozoki,” he created an odd, strange world based on his particular theme of “chasing dreams”, by painting the walls, and combining objects that he picked up elsewhere. Ship-related objects that are placed everywhere in the house also inspire images of traveling, so you may feel as if the house starts out on a sea voyage. [Opening Hours] 10:00 am - 4:30 pm * Visitors are welcome to view and pray at any time, at the main and front shrine areas of the Go'o Shrine.
[Closed] Mondays * Open on Mondays for national holidays but closed the following day. [Admission] Multi-Site Ticket for six art houses, excluding Kinza 1,030 yen Single-Site Ticket for one art house, excluding Kinza 410 yen * Free admission for children 15 and under.
[Access] 10 minutes by bus or a 30-minute walk from the Miyanoura Port
[URL]http://benesse-artsite.jp/en/art/benessehouse-museum.html
26 records