The Karato area is located in the northeast of Teshima. There are several artworks in the Karato-oka and Karato-hama areas. Karato-oka is an area where a sacred spring, “Karato-no-shimizu” wells up, around which a village has developed. Katsura-hama is a beach on which gentle waves from the tranquil Inland Sea lap. The Karato area has much to offer, with scenery of the village that retains the original Japanese landscape, as well as the Teshima Art Museum, which lies on the slopes of the rice terraces. There is also a restaurant, “Shima Kitchen”, where you can enjoy lunch while appreciating the architecture of the restaurant itself, an artwork in its own right.
Many art pieces will be hosted alongside the permanent exhibitions in the area for a limited time during the Setouchi Triennale. Art viewing in this area can be enjoyed throughout the year, but some art works are accessible only during the week-ends. via benesse-artsite.jp
There is nothing except two big empty holes on the ceiling and some water, all within white space. These elements are all that the Teshima Art Museum exhibits, which has been praised as “the best museum in the world” The museum is a collaboration between its architect, Ryue Nishizawa, who created the exterior design and artist Rei Naitoh, whose artwork “Bokei" (Matrix) makes up the interior of the museum.
The museum is located in the middle of rice terraces like a single droplet of water. The building is a curve-shaped, shell structure made out of white concrete. The inside of the museum is a vast space without any pillars and two large openings in the ceiling above, from which on can see the sky.
From inside the museum, where interior and exterior spaces are not separated, visitors can enjoy different views that change according to season and the weather. 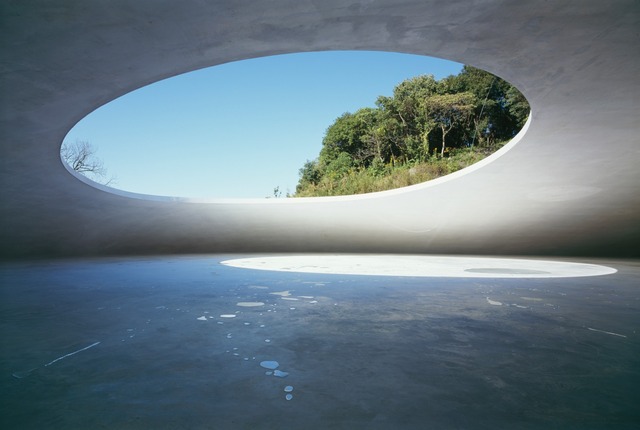 via benesse-artsite.jp
Water oozes from everywhere on the museum's floor surface, as if expelled by "pores". The water forms a water drop that rolls around the floor to form a puddle, then moves again, changing size and shape. A ribbon hangs at the entrance to the museum, swaying in the wind; the sound of trees and birds can be heard above the roof. Rain drops and the sea breeze can be felt flowing into the building, providing a soothing sense of peace, as if you are being enveloped by nature.
A mini-sized building that resembles the museum is situated next to it; this houses a shop where you can buy museum merchandize and a café at which to enjoy specialties such as olive rice pilaf (¥1030) and strawberry soda (¥510). 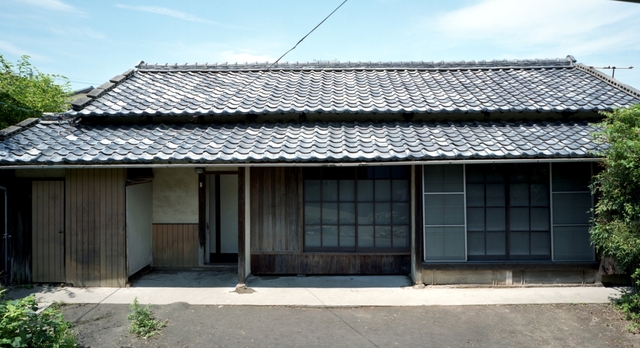 via benesse-artsite.jp
Storm House is a storm-experiencing facility that utilizes a refurbished townhouse in Karato-oka that had previously been inhabited. The facility simulates the experience of being caught in a storm decades ago in Japan. No matter how good the weather is outside, inside the house you can experience temporary harsh weather. You will experience rain becoming heavier, gradually developing into a raging storm with roaring thunder and lightning, the shadows of trees swinging in the howling wind and lights going on and off. Enjoy this extraordinary experience that lasts 10 minutes.

Shima Kitchen is a restaurant inside an old folk house and its storehouse, renovated by Ryo Abe. By leaving orchard trees in place around the house and placing a huge roof with burnt cider boards that encircles the garden on the house, the restaurant has the appearance of a wild-grown plant. The refurbishing was done by carpenters from the neighborhood and volunteers from around the country. The restaurant serves dishes made from local fish and farm products, with a menu created by a Marunouchi Hotel chef in cooperation with local housewives who live on the island. As it intends to connect people through food and art, the restaurant regularly hosts music and dancing workshops that people can take part in. 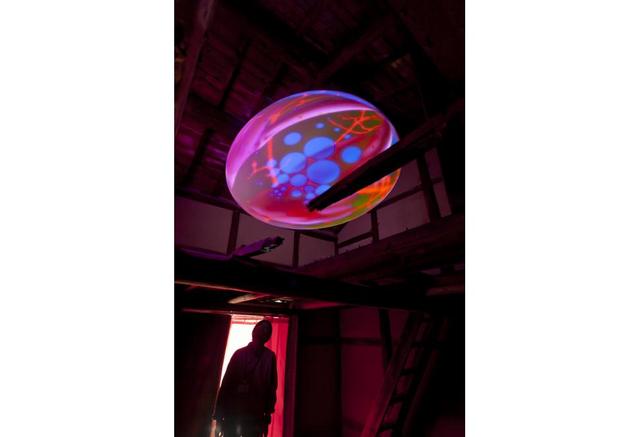 via setouchi-artfest.jp
A video installation exhibited inside the storehouse of the Shima Kitchen restaurant. Images of flowers, people and scenery appear one after another like a mirage, twisting and disappearing, filling the storehouse with brilliant colors.

This artwork is located right beside the Karato-no-shimizu fountain. The circular, ring-like sculptures stand side-by-side, partly connected to each other, surrounding a water storage tank. The artist completed this site-specific during visits to the village over a period of three years. While the sculpture is visible from the road, it is also nice to view it from the mountainside since you can see the rings appear like particles hovering in the sky. 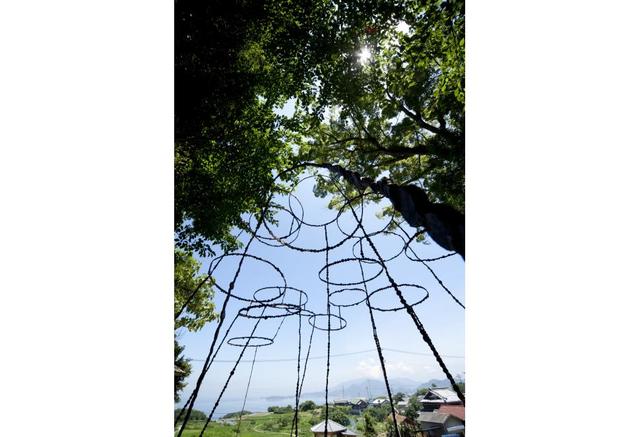 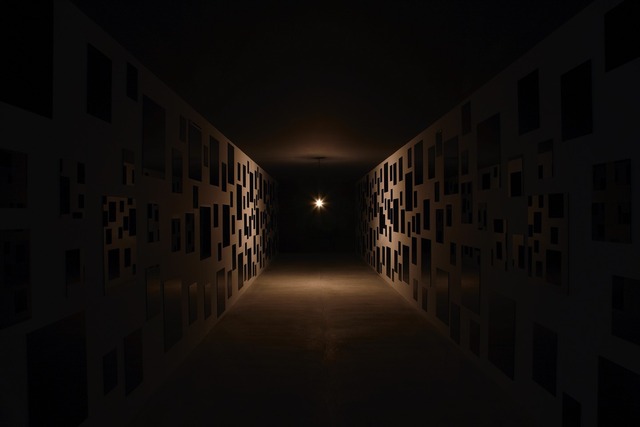 There is a small building located on Karato-hama beach that serves as an archive; created by Christian Boltanski, it collects the heartbeats of people. Since it opened in 2008, heartbeat data has been increasing. Anyone visiting the small house can record their own heartbeats. When entering the building, you will hear the sound of heartbeats at different tempos and see lights blinking in synchronization with the sounds.

This artwork was awarded the 10th Benesse Prize and was selected from the participants of the 55th Venice Biennale. It is an installation artwork, created in an abandoned townhouse in Karato-hama, embroidered with images, music and lights. The artworks housed in each room of the townhouse relate to and synchronize with each other, as if they are all made of organic matter. 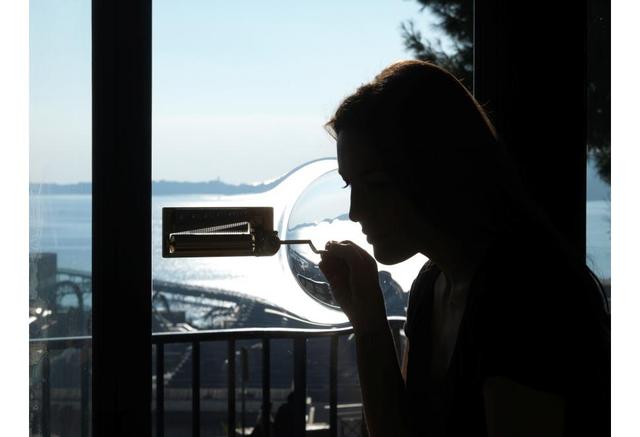 8. NO ONE WINS-MULTIBASKET, by LLOBET & PONS OUTDOOR ARTWORK

A board in the shape of Teshima island with extra basket goals is located on the way to “LES ARCHIVES DU COEUR”, where you can enjoy shooting basketballs like local kids on the island. 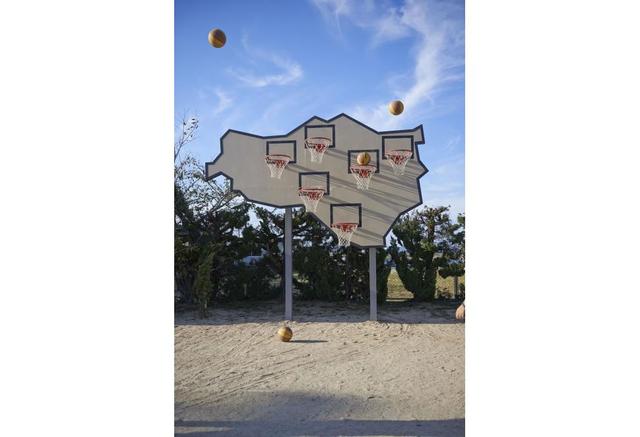