WASANBON SUGAR: A PREMIUM SUGAR WITH REFINED SWEETNESS AND A DELICATE TEXTURE The moment you place it on your tongue, it melts softly, spreading a rich sweet flavor and aroma that lingers in your mouth. You must be surprise at its texture. “Wasanbon” sugar, considered one of the finest confectioneries in Japan, has been loved and used since the Edo period, and is often served with green tea. The process during which Wasanbon sugar is made and the elaborate and precise curving of its molds that reflect the four seasons exhibit the exquisite craftsmanship of this confectionery.
Wasanbon sugar is made from a locally grown sugar cane called “chikutoh”, which is cultivated in Tokushima and part of Kagawa Prefecture. It is one of the few sugars produced in Japan and employs a traditional refining process established in the late 17th century. The process includes extraction of the cane juice, boiling down the juice, kneading it with water, another extraction and then drying. It is a complicated traditional procedure that is primarily conducted by experienced craftspeople and limited use of machinery. The process requires great care and time, and it is only made in Winter.
Since the Edo period, it has been shipped to other prefectures as a specialty of Kagawa prefecture and Tokushima prefecture in Shikoku. Since this time, Wasanbon sugar has played a significant role in the development of "wagashi" (Japanese confectionery) and local treats throughout the country. It is also sometimes served with green tea and quickly became popular with the thriving “Sadoh” tea ceremony.
This special sugar has been also widely used in a variety of local sweets and desserts such as “o-shiruko” (sweet red-bean soup with rice cake), “mizu-yokan” (sweet red-bean jelly) and “Kuzukiri” (Kudzu starch noodles), among others. Older Japanese confectioners use Wasanbon sugar in their products for special sweets offered at, for example, a wedding. In Kagawa and Tokushima, confectionery called “Wasanbon” consists of dry sweets made simply by pressing Wasanbon sugar in a wooden mold, which is popular among tourists and locals alike. It can easily be found at souvenir shops in airports, train stations and local specialty shops in the area. Why don't you take one home and enjoy Japanese traditional sweet? 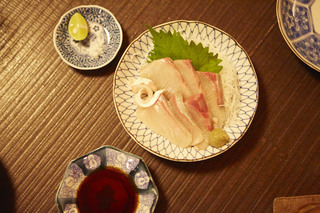 Enjoying the local foods when visiting a new place is always a special treat, one you don’t want ... 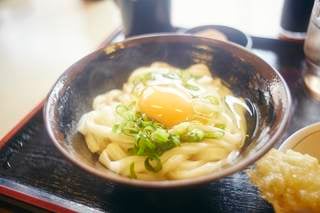 The soul food of the local people in Kagawa is Sanuki udon. Popular Sanuki udon shops often have ... 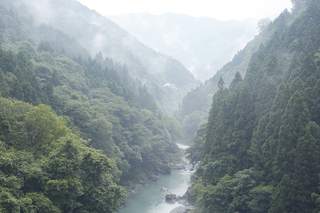 THE STORY OF IYA: A VILLAGE OF AN UNEXPLORED RE...

In a remote region of Shikoku, there is a village called Iya, hidden deep in the mountains in the...