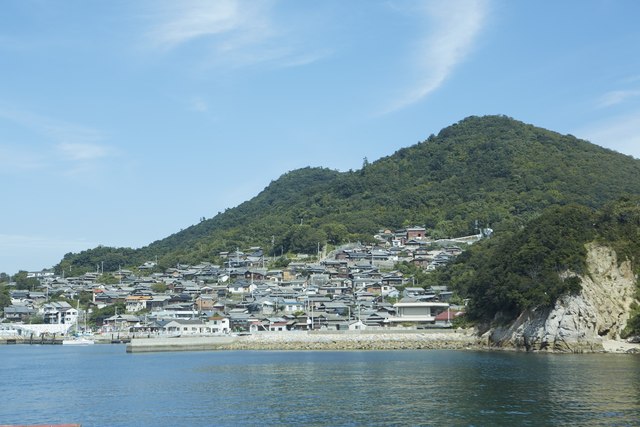 Walking in Ogijima may feel like wandering in a maze. Slopes and flights of stone steps are prevalent in the village, which is lined with traditional farmhouses with tiled roofs, high stone walls and steep stone steps. Thus, the best way to discover the island is to walk. You will see a range of different scenery, with the sea appearing between houses or beyond the path as you walk through the maze-like paths ad roads.
The sunset is another must-see attraction on the island. Since the entire village faces west, you can see the beauty of the sun setting on the Inland Sea from anywhere in the village. The dynamic sunset, which spread marvelous colors across the sky that differ from day to day is overwhelming, so powerful and refreshing to watch in the quiet surroundings of the island.

Toyotamahime Jinja have been worshipped as gods of safe childbirth since ancient times. This is also the best viewing spot on the island: looking back from the top of the flight of stone steps that lead to the approach to the shrine, you will be able to take in the beauty of the island as a whole. According to the local inhabitants, the sunset viewed from the shrine is incomparable. Another notable spot on the island is the all-granite light house, which has retained its grand atmosphere after more than 100 years and has been selected as one of the 50 best lighthouses in Japan. The entire structure is made of mikage-ishi, or granite, an aspect that makes it a very rare lighthouse in Japan.
You can walk to the light house, which takes about 30 minutes from the harbor. The view from the front of the lighthouse beautiful, but we recommend walking around it and looking up at it from the beach, at the back. The annex to the light house is now used as a small museum that exhibits a history of the island and life on it. Art works exhibited during the past two Setouchi Triennales have become part of the village, adding artistic flavor to the traditional village scenery. They can be found both indoors and outdoors, and are generally easy to observe during a walk. The food on the island is another treat for visitors. Specialty foods include tako (octopus) and sazae (turban shells). You can find these on a menu as takomeshi (rice cooked with tako), tempura and okonomiyaki (savory pancakes) at restaurants, inns and the canteen at the harbor. Ogijima has become known as Cat Island (neko-shima) due to the many cats that live on the island. Unafraid of human beings, they take naps and wander the island. Sometimes they may even cuddle with you. [TRANSPORTATION ON THE ISLAND]
Rental bikes are available. However, due to the steps and slopes, walking is recommended in the village. You can ride bikes to the lighthouse, but the road that leads to it is uphill.
24 records 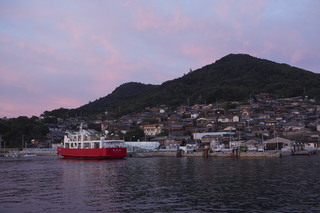 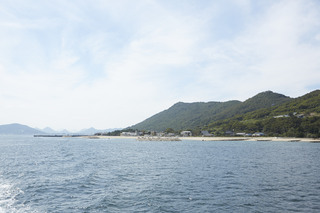 Megijima is an island 4 km off the coast of Takamatsu city. It takes only 20 minutes to get to Me...