ALL ABOARD: TAKAMATSU BOUND ON JAPAN’S LAST NIG...

ALL ABOARD: TAKAMATSU BOUND ON JAPAN’S LAST NIGHT TRAIN 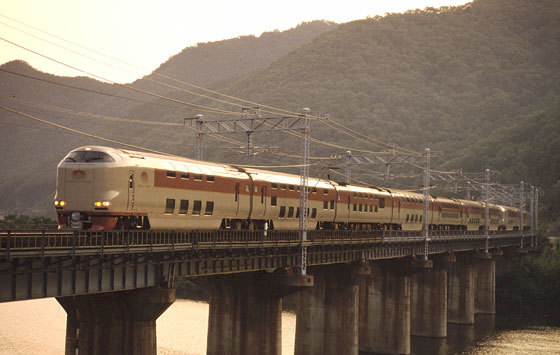 via www.jr-odekake.net
Be it trains, planes or automobiles, there are plenty of easy ways to reach Shikoku. From airports across Japan, you can take increasingly affordable domestic flights to Kochi-Ryoma, Matsuyama, Takamatsu or Tokushima airports. You could use one of the many inter-city buses that now offer cheap and efficient transportation throughout Japan or make use of the numerous express trains and ferries connecting parts of Shikoku to Kyushu, Honshu (Japan’s main island) and beyond. Or, you could wind the clock back to an old-fashioned age of travel and hop aboard the night train.
Where once numerous sleeper services ran across Japan, the growth of low-cost regional air and bus networks coupled with highly efficient options such as the bullet train has pushed Japan’s night trains close to extinction. With the retirement of the Cassiopeia sleeper between Tokyo and Sapporo in March 2016, the Seto Sunrise now stands alone as Japan’s last sleeper in regular service. Try it now or it might be too late.

The Seto Sunrise service begins nightly at 10 pm, when it pulls out of a heaving Tokyo Station on a journey that, nine and a half hours later, eases into the far calmer surrounds of Takamatsu just in time for passengers to search out breakfast and then head off to explore sights like the magnificent Ritsurin gardens or the numerous small art-filled islands a short ferry hop from Takamatsu Port. On the way, it’s a ride that offers up a rare experience to take home from Japan.
First, once the train is off, you get the surreal feeling of passing through stations as you lay in bed, the late-night commuter rush a succession of brief brightly lit blurs outside your window. At Yokohama and latterly Atami, where the train makes brief stops, you see people on distant platforms rushing for the last few trains of the night, then by the time the train has made it to the penultimate stop before morning, Shizuoka just after midnight, the stations whizzing by are no more than a series of deserted platforms. The built-up, illuminated Tokyo backdrop is replaced by darkened countryside. There’s something deeply mesmerizing about watching the Kanto region slowly call it a day, all the while being gently rocked to sleep.
Lights off, lying flat, that rocking begins to feel more pronounced, on occasions your muscles gently sensing the pull (much like on a sedate fairground ride) as the train quietly moves forward, but nodding off is easy. Despite almost always being sold out, the train is unexpectedly quiet; there’s no noise from neighboring berths and very little but the occasional rattle and clunk from the train itself. 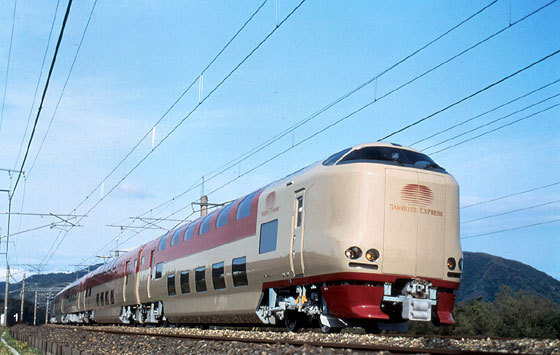 The first stop of the day, 5:24 at Himeji (a city famous for its castle, which has appeared as the archetypal Japanese fortress in movies such as The Last Samurai and the Sean Connery-era James Bond film You Only Live Twice) passes unnoticed by most passengers, but 30 minutes later an announcement piped into each berth has everyone beginning to stir. Shortly after, the train will be pulling into Okayama, where the announcement explains that the train will separate in two, carriage one through seven bound for Takamatsu, the other half headed north to Izumo in Shimane Prefecture.
For those headed on to Takamatsu, the early-morning reward is scenic, with expansive views out over the island-dotted Seto Inland Sea as the train island hops its way over the 13-kilometer-long Seto Ohashi (Great Seto Bridge) that connects Okayama and Kagawa prefectures. Forget the scramble to freshen up in one of the train’s showers, there’s no better way to gradually wake up than sitting at your berth window taking in the views. It’s the perfect introduction to Shikoku – a brief but enticing taster of what’s to come.

When it comes to berth types, the cheapest option is the Nobi Nobi section (basic Tokyo to Takamatsu train fare of ¥11,310, plus ¥3,760), which is essentially a carriage with two levels of open spaces separated by small headboards. The lack of privacy isn’t to everyone’s taste, but it’s a popular choice for groups of friends and families. via sunrise-seto.info
A grade above that are three varieties of single compartment, all with beds long enough for anyone under 1 m 95 cm in height. With the cheapest Solo (basic plus ¥9,720) you get a private bed and very little else beyond the as-standard radio, alarm clock, air-vents, pajamas and mirror found in all rooms, but the standard Single (basic plus ¥12,670) gives enough space to also stand up next to the bed and the Single Deluxe (basic plus ¥16,970) goes a step further with a sink and desk. For people traveling in pairs, there are also bunkbed-like Single Twin (basic plus ¥8,640 per person) and more spacious Sunrise Twin (basic plus ¥10,080 per person) options. 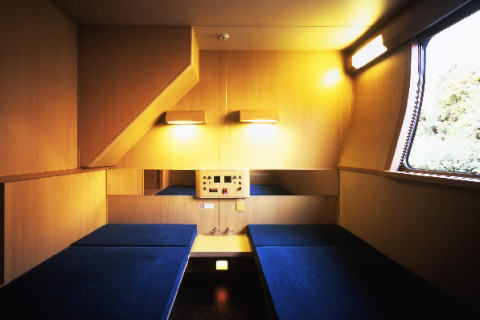 Unlike the sleeper trains of old, there’s no dining car on board the Seto Sunrise, just a small lounge area and several vending machines here and there selling drinks, so it pays to buy supplies from Tokyo Station. That’s the cheap option, too, as by about 9:30 pm, many of the bento shops and takeaways in the station (and there are lots of them), will start discounting their stock.

For eligible passengers (i.e., overseas travelers), a JR Rail Pass can be used to cover the basic Takamatsu-to-Tokyo portion of the fare. The tough part is that as of writing, tickets can only be booked in person at JR ticket offices in Japan and sometimes the trains can book up well in advance. 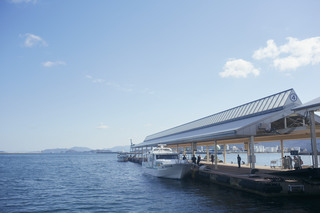 There are two ferry terminals on Teshima, one being Ieura Port and the other Karato Port. Artwork... 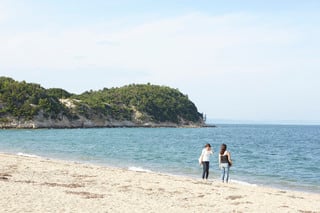 7 REASONS WHY SETOUCHI ISLANDS ARE THE ULTIMATE...

Shikoku, unlike in Tokyo or Kyoto, you will never be crowded by people, unless you visit when lar...